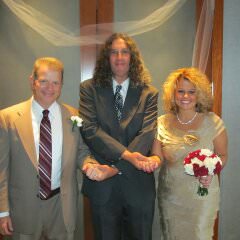 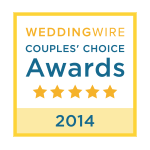 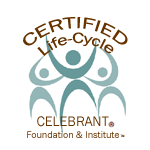 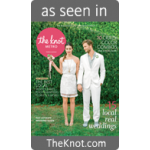 You’re getting married in Lake George, Saratoga Springs, at the Egg or The Glen Sanders! Let’s start your ultimate party off with the perfect ceremony, personalized for the both of you. We will interview (free of charge) and decide to work together. I will send you questionnaires, and questions along the way, and begin to craft a themed and personalized service that reflects your desires and wishes. We will create up to five rough drafts, resulting in a final service that you have word for word approval over. Rehearsals and Pre-Marital Coaching are available in several packages, and many couples opt for that.

3 Ways You Can Confirm Your Date

Pay in 2 installments; half now and the remainder 30 days before the rehearsal

Pay in monthly installments (# to be determined) $297 deposit required

If budget or time is your primary concern, then Eloping is for you! My lovely Chapel: Blessings is the perfect place to tie the knot.

Rated A Best Place to Elope by WheretoElope

Three elopement packages are available, at Ron’s site, or he can come to you; with a reasonable mileage charge.

Perhaps you would like to get married in a beautiful park, at my lovely chapel, Blessings, (up to 25 guests), or in your backyard. Those are amazing weddings! If you have some flexibility with time, that will make this more affordable. If your small wedding has to occur at 4:00 or 5:00 on Saturday, in the summer, one of my finely trained associate Ministers or Judges will preside at your service. The cost is usually between $350 and $450 with reasonable mileage charges after 25 miles. This includes use of my Bridal Lounge and refreshment station, at my chapel.
Very reasonable additional options include rings, bouquet, and rituals. 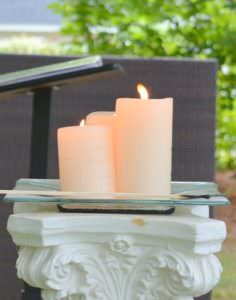 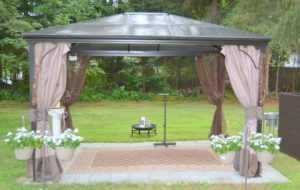 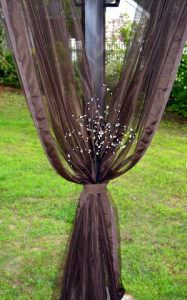 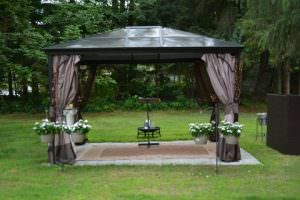 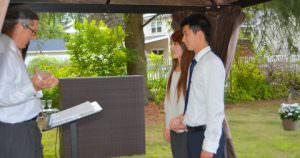 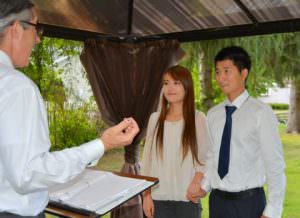 Weddings can get to be expensive, but you will find my services will suit your budget for an exceptional Officiant with fifteen years experience. When I am not Officiating ceremonies, I am teaching Officiating for the premier school in the world: Celebrant Foundation & Institute. Other Officiants will quote you a larger or smaller fee, but will charge you a la carte for additional services (which are already included in my package pricing) and will raise the final cost of your wedding significantly. Let’s start with the interview: Mine is free, one of my competitor’s charges $175. You can certainly see how their initial price really means very little.

Assuredly, the most heartfelt unique and meaningful Ceremony you have ever experienced.  Be it a theatrical performance, a medieval wedding,  or a science fiction theme;  whatever  you have always dreamed about, I will help you create it.

As a Certified Celebrant, I get to know my couples needs and desires, through a process of reflective listening and feedback.  The result is a planned process, that evolves into your perfect service.

You can be as involved in the planning of your Service, as you wish.  Where you do not have a preference, I can offer suggestions.

You will have approval of every word, ritual, and reading.

Both of you get to choose the level of religious depth for your service, from not at all, to a full array of sacred readings, and blessings.

I have performed Hindu, Baptist, Moslem, Christian, Catholic and Jewish traditions and services, with almost every combination therein.  I truly enjoy finding commonalities to suit any couple!  All rituals and readings are performed professionally, with dignity and respect.

An interview without  obligation or cost  will let us know if we would like to work together.  Meetings can be in a quiet hotel lobby, or when necessary by phone or Skype. 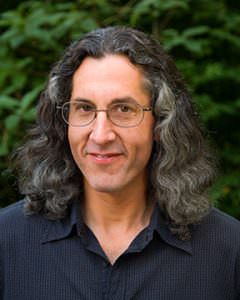 After performing Weddings, I am often approached by several friends and family members of the Wedding party. After the customary “that was amazing”, “ I’ve never been to a Wedding like that”, the next question is usually how I came to my practice as a Celebrant. I smile and usually say something, like, “through another Minister”.

It certainly is the truth, but not the whole story. In the fall of 2007, I was dating a Minister, and had gone on several interviews with her, to talk to engaged couples. She and the couples were very excited by the energy and reflective listening skills that I displayed, as we all talked about their wedding day. I was always asked whether I was a Minister.

My friend was insistent, that this was a degree I should pursue, and my answer was always the same, “I’m already working two jobs, and dating you, which should I give up?

Shortly thereafter, fate decided that I should give up my day job for six months, certainly not by my design. I had been doing roofing for ten hours on my day off, and taking tools down a ladder at the end of the day. My Timberland boot slipped on a ladder rung, sliding through and sending me first upward, and then down. I shattered my leg and decimated my ankle, something called a Pilan fracture. Loosely translated from the French, it means, “You sir, are in a heap of trouble”.

My Minister friend contacted the Celebrant Institute, on my behalf, and arranged for an accelerated course in Weddings, that could mostly be completed through distance learning. She also sweetly reminded me that now, I really had no other choice.      And so, I read coursework, participated in classes, researched and wrote, wrote, wrote, and learned more about different traditions and cultures,  than I had ever imagined.

This has made me the multi-cultural Minister that I am today. As a Universalist, I am uniquely qualified to bring couples of different beliefs and faiths together.  I can create a mosaic of different readings and rituals, performed with dignity and respect. This has filled me with an appreciation and understanding of other  cultures, which in turn has brought me much joy and serenity.

Also, by being with my couples on their wedding days, I came to understand that a wedding is an extraordinary event in our lives. It is one of the few occasions where we have the chance to stand in the power of ceremony and notice that each of our lives has meaning.

I bring a lifetime of writing and public speaking to my practice.  I specialize in identifying potential stressors ahead of time, so that their Ceremony is smooth and joyful.  It makes all the difference to my couples.

As Celebrants it is our mission to work closely with you in creating a ceremony that reflects your tastes and values. We are also happy to assist you in planning aspects of your ceremony such as location, music and rituals. We encourage you to draw on any traditions, non-religious or religious, which are meaningful to you.

For some couples the excitement of the casino reminds us of how exciting life can be. Upon further consideration, they decide that this would be the perfect time to get married. A great way to do this is to take the trolley to Liberty and Clinton, come by my office to pre fill out your application, and walk across the street to get your license, at city hall. 24 hours later, I can marry you at my lovely chapel, Blessings, or come to your room at the Casino, or Mohawk Park and have a lovely service on the waterfront.
If you need me to get dressed as Elvis, that can be arranged, with advance notice. Let’s celebrate your Hunka-hunka burning love.

I have three dogs, and if you are reading this, you have at least one as well. Animals ground us, and give and receive unconditional love in return. These are excellent qualities to have, for your upcoming marriage to another human!
Whether you would like Fido to be your ring bearer, or simply mentioned in your personalized service, this will be handled with dignity and humor.

While NY State considers me a non-denominational Minister, (Ordained May 2003, in Montclair, NJ), It would be more accurate to describe myself as a multi-denominational Minister. Through attending and preaching services of all faiths, including no faith, I truly believe that many cultures have commonalities, which can be combined into a beautiful mosaic. It is also an opportunity for me to describe specific rituals in such a way; that your friends and new relatives, gain an appreciation and respect for your faith.

When you find the right person, if you are truly honest with yourself, it makes little difference what their exterior trappings are. I have always felt that when you have that connection, nothing else matters. Over the past fourteen years, I have married whites, browns, blacks and olives, in all possible combinations. That the majority of them are still married, is a testament to their ability to have seen beyond color.

As a Life Cycle Celebrant, I was on the front lines of helping the cause of Marriage Equality in NY State, and one of the first Ministers to perform same sex marriages. Couples flew in from Florida and Texas, just to get married in NY. This is a basic human right, which had been denied for far too long.
Those first services often included words of celebration for all those who had been in committed relationships, their entire lives, without the rights to Social Security, and Health care information, when their partner was hospitalized.
It gives me great joy to celebrate all couples in love, and I am happy to do so!

Getting Married in NY State

I will help fill out your license application, and then after the service file your license for you. What the heck is a sur-name anyway. Don’t worry, I know.
I’ll make sure all your boxes are properly filled out, and make a checklist of your needed paperwork, so that you are ready to go when you apply. Both of you must be present at the clerk’s office.
NY State allows anyone over the age of 17 to marry. (New age 2017.) After you receive your license, a 24-hour waiting period applies, so if you want to get married at 3 on Wednesday, you need to get your license by 2:59 on Tuesday. In the case of “good cause”, a judge can waive the 24-hour waiting period, for example if you are in the Military and shipping out the next day.